A powerful insulin mimicker that helps use excess carbs as fuel for muscles, promote muscle fullness and support muscle growth. The Most Powerful Insulin Mimicker Available!

Isn’t it amazing how quickly carbs became the “enemy”? The truth is, if you’re hunting gains, you need quality carbs to help you build maximum muscle. After all, carbs are the preferred fuel source of the body. That’s the energy your muscles use to power you through your workouts. The thing is, too many carbs and you risk the excess being stored as fat. The question is, how can you eat the carbs you need without fear of creating excess fat storage?

What if you could use a product that could utilize those excess carbs for muscle growth and glycogen replenishment instead of fat storage? Now you can, thanks to Rich Piana 5% Nutrition and the new Freak Show®. Leave it to 5% Nutrition to create an innovative formula that mimics the power of insulin without the downside. You know 5% Nutrition, so you can expect an epic, overdosed product using only the most effective ingredients and designed to make use of and control those extra carbs!

The key to what happens in the body when you eat a lot of carbs lies in the body’s own hormones. Insulin is one of the body’s primary anabolic hormones and some will say it’s the most powerful – yes, even more, powerful than testosterone. That may be, but insulin is like a double-edged sword – it can cut both ways. Despite its anabolic power, eat too many carbs throughout the day, especially simple carbs, and the result will be insulin spikes – which means fat gain. That’s not the scenario we want!

Ah, but what about anabolic power! Insulin controls how the cells in your body absorb and utilize nutrients, such as carbs and protein. It also has a strong role in the process of protein synthesis. When you eat carbs, they not only help the process of muscle growth, they also pull water into your muscles which helps create that full as f*ck look every bodybuilder wants to see! So, carbs themselves are not the problem it’s how insulin is produced and consumed in your body when you eat too many carbs which is the core of the issue. 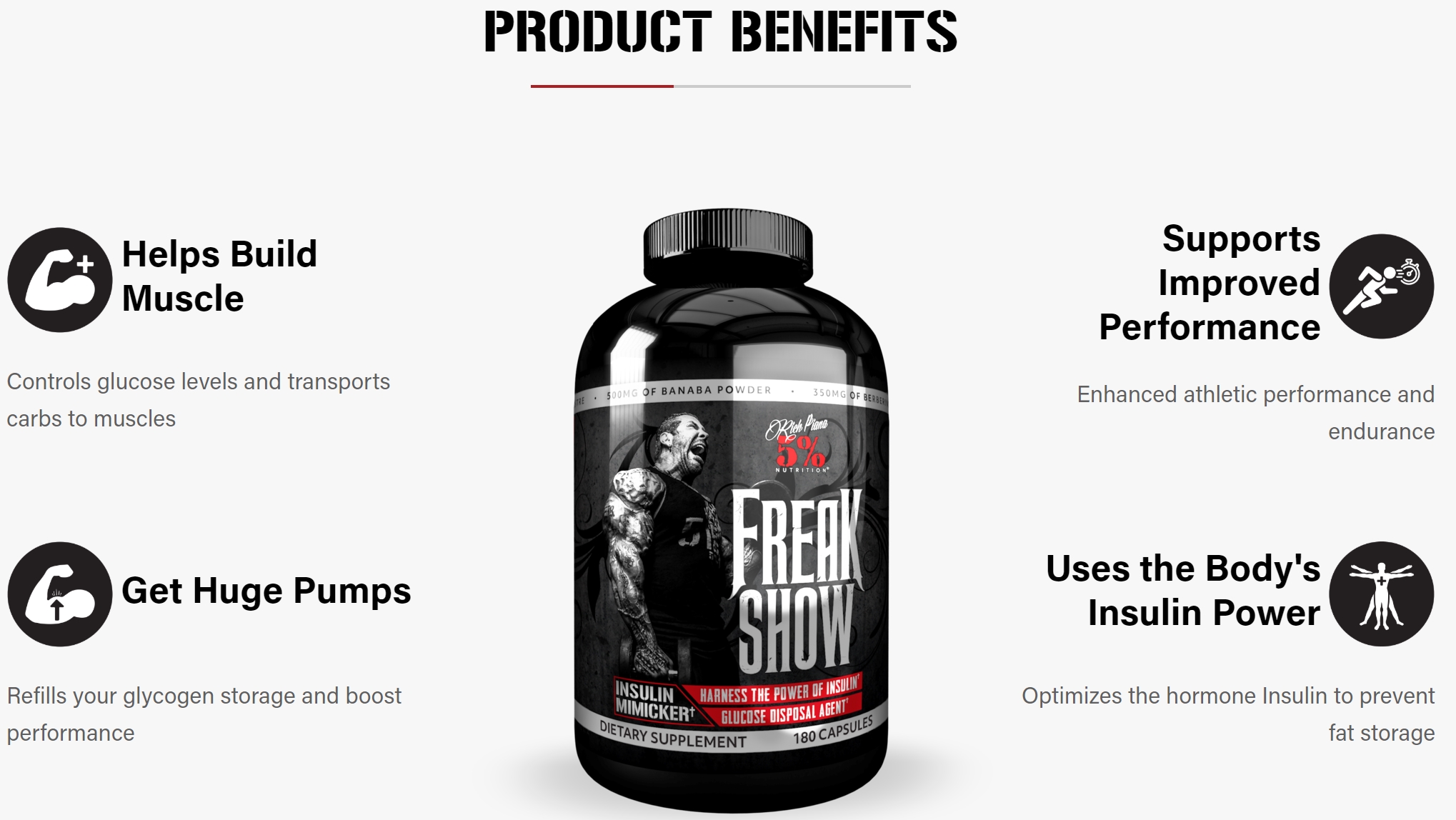 Thiamine (B1) 100 mg – A member of the B Complex family of vitamins, Thiamine is essential for the metabolism of carbohydrates as well as BCAAs. One of the functions of Thiamine is to bind with ATP to form thiamine diphosphate, which is a coenzyme involved in carbohydrate metabolism. Additionally, this coenzyme plays a role in the utilization of pentose in the hexose monophosphate shunt, which is an alternative glucose oxidation pathway.

Gymnema Sylvestre 1,000 mg – This powerful insulin-enhancing herb originates in India and helps keep levels of blood sugar stable as well as drive carbs into your muscle cells which also pulls in lots of water for insane muscle fullness and it has the research to back it up.

We’ve given you a huge 1g dose – we wouldn’t have it any other way!

Banaba Powder 500 mg – This is one of the most potent herbs available when it comes to insulin mimickers because it can enhance the delivery of glucose to your muscles, which means more energy to power you through your most brutal training sessions.It will also enhance your body’s sensitivity to insulin.

When it came to the dose, we didn’t mess around – we wanted dosages that will get the job done!

Berberine 350 mg – This powerful herb has earned quite a reputation for being extremely effective at reducing blood glucose and enhancing glucose absorption in your muscle cells.This is a serious glucose regulator meant for carb-heavy meals, so you can eat those pre-workout carbs and get them where they need to be – your muscles!

Cinnamon Extract 300 mg – This popular spice is not only a great addition to countless recipes and foods, it also has been clinically shown to lower levels of blood glucose.

Bitter Melon (4:1) 300 mg – This is an age-old remedy used for respiratory problems. Clinical studies have shown that Bitter Melon can lower levels of blood glucose in the body, as well as increased serum levels of protein.

Na-R[+]-Alpha Lipoic Acid 200 mg – Alpha Lipoic Acid is a fatty acid that occurs in the mitochondria of every cell in your body. It plays a primary part in energy metabolism and is also well-known as a potent antioxidant.This form attaches ALA to a sodium salt which makes it extremely soluble and much more bioavailable than regular ALA.

Chromium 400 mcg – Chromium is an essential trace mineral that plays a key role in insulin metabolism, in fact, it is absolutely required for insulin to function properly.

Fenugreek 100 mg  – Wait isn’t that usually an ingredient found in test boosters? Yes, however, Fenugreek has also been shown to help lower levels of blood glucose so it’s a natural fit for Freak Show®.